Should A Ceiling Fan Wobble? All You Need To Know

Installing a ceiling fan has never been an easy activity especially for those who are just doing this as a home task. But the real issue sometimes waits ahead when after a long effort your ceiling fan is wobbling in front of you with an ironic smile.

This article is for you if you want to understand all about the fan and the causes behind a ceiling fan wood building with their expected solutions.

We have dedicated research teams who work day and night in order to bring the best information regarding your current issue.

In this article we will explain: should a ceiling fan wobble, is it normal for a fan to wobble, and what are other possible circumstances.

Should A Ceiling Fan Wobble: The Normal Wobble

Now if you are looking for some detailed information regarding tolerances for ceiling fan wobble, causes behind a wobbling fan and other important stuff, continue reading this article.

A running fan gives rise to the working of several physical forces so it is quite normal to wobble about 1/8 of an inch due to the factors involved: both internal and external. The experts believe this kind of wobble is acceptable for a ceiling fan. But if you feel like your fan is moving violently and randomly, the first thing we will suggest is to turn it off.

What Makes A Fan Wobble?

A ceiling fan is an electronic machine that works on the principles of Physics. We will try to tell you the reasons behind a wobbling fan in very simple words to make it more understandable. The first thing you need to do is to observe the movement of your fan and if you find it disturbing then consider one of the following reasons behind the phenomena happening in front of your eyes:

In addition to the five basic senses, human beings are blessed with others just like the sense of balance. You have seen running fans in your home and you are already having a background knowledge of the forces at play when the fan is on. You can easily differentiate a normal working fan with the one with malfunction. One certain condition is that the fan is imbalanced. In this condition, we will recommend you to observe your fan very carefully as sometimes only one damaged blade creates the whole mess.

Installing a fan requires a skill and if you like it you might me important detail while mounting your fan. Now, in case of improper mounting you are going to face your fan wobble more than it should be. You should make it clear in your mind that your fan should be mounted properly.

Causes Behind A Wobbling Fan

If the Ball Socket is not properly Seated

When we talk about DIY installed fans, the reason behind the wobbling of fans is the insufficient support of the ceiling. Make sure that the electric box in the ceiling has enough space for the adjustment of the ceiling fan and has enough strength to bear its weight.  If it does not have much space to adjust the fan, it will continuously wobble and also cause some serious safety risks.

How much wobble should a ceiling fan have?

If your ceiling fan wobbles for a 1/8 inch then it is usual. but if it wobbles more than a 1/8 inch then it indicates some serious malfunction conditions. you have to address the problem immediately. If you want more answers about wobbling fans then you are lucky, we are here to help you.

Why does my ceiling fan wobble?

Are ceiling fans safe to leave on overnight?

Yes,it is safe to run the ceiling fan overnight.

because ceiling fans are designed and manufactured based on their continuous use for hours. Most people think that it is not safe to run a ceiling fan overnight. It can catch fire but it is useless. But if you use the ceiling fan of a reliable brand you don’t need to worry about it.

Yes, you can run your ceiling fan for continuous 8 hours without worrying about any significant safety hazards. If a ceiling fan runs for 24 hours for 7 days, it does not mean that your home is at risk to catch fire but the fan could be overheated and it can cause permanent damage.

By means of conclusion, it can be said that a ceiling fan can wobble up to 1/8 of an inch but if it is wobbling more than this measurement then you need to turn it off immediately as it is requiring a treatment. If you are not good at dealing with ceiling fans and if you don’t have any prior experience then we will recommend you to contact a professional technician in order to meet your problem and fix it.

It is better to avoid trying it on your own if you don’t have any experience doing the job. In this way you are going to waste your energy and effort. Just by spending a few bucks you can get your issue resolved easily. 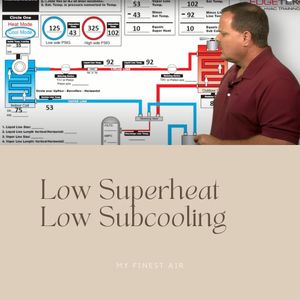 
Why Does My Car Air Conditioner Smell Like Pee? Right Ways To Fix It 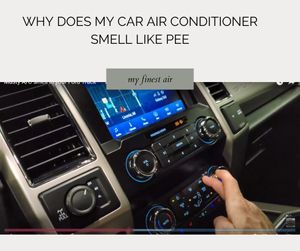